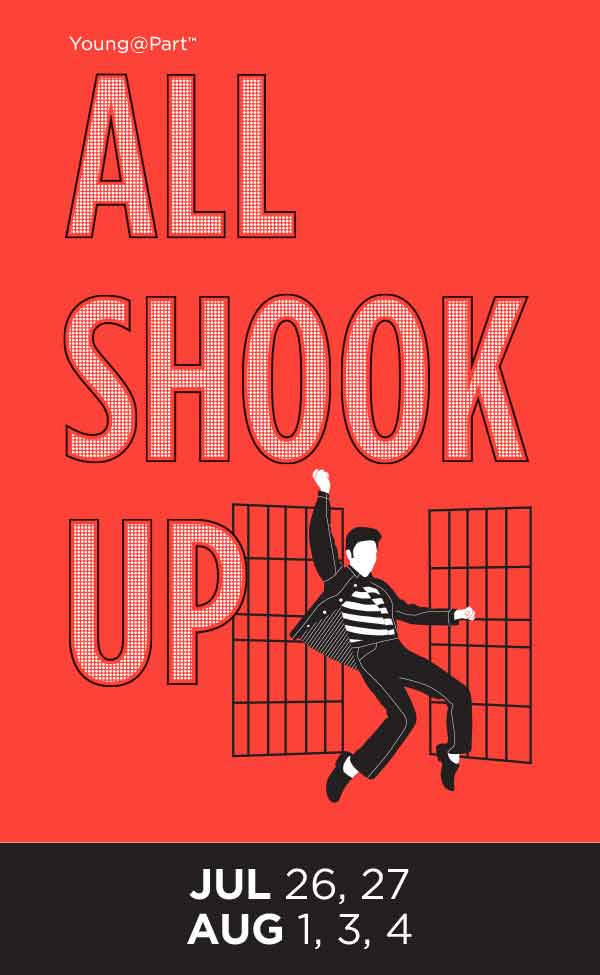 Featuring songs made famous by Elvis Presley, this musical romp will whisk you back to the days when everyone was jivin’ to the jukebox. Loosely based on Shakespeare’s Twelfth Night and Midsummer Night’s Dream, this YOUNG@PART version has been adapted for young audiences and performers and features talented West Michigan teens as part of our Summer Repertory Theatre Intensive program.

The story takes place in 1955, when a handsome stranger stops in town to get his motorcycle fixed and catches the eye of the gas station owner’s daughter, Natalie. When he fails to take interest in her, she disguises herself as “Ed” to get close to him and earn his trust. A case of mistaken identities and mixed-up couples create a web of comedy and confusion, and it’s anyone’s guess if Natalie will find her happily-ever-after by the last song.