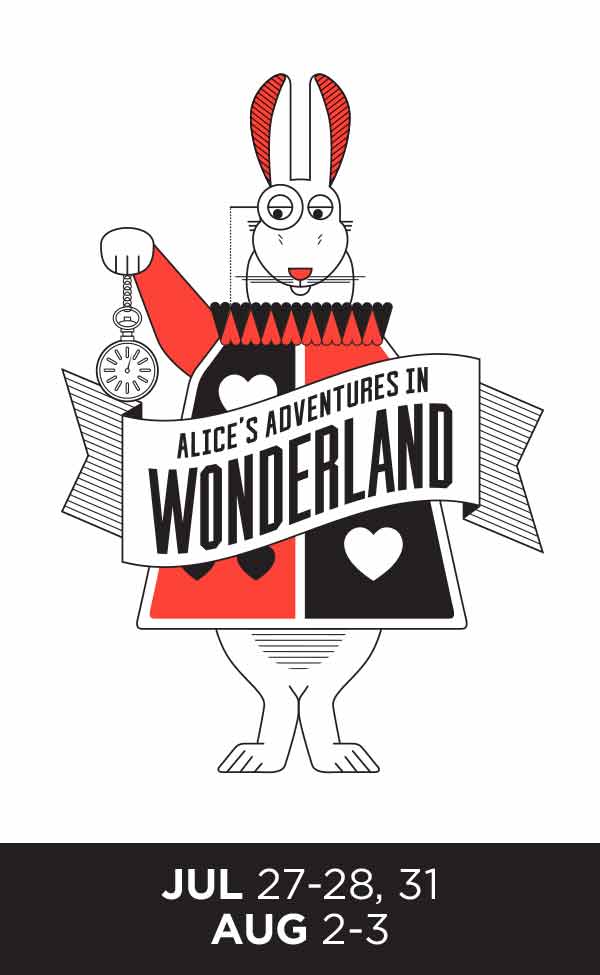 Once you fall through the rabbit hole, nothing is as it seems! Adapted from Lewis Caroll’s 1865 book of the same name, this lively play follows Alice on a confounding journey through a world of talking animals and a corrupt queen. This show features talented West Michigan teens as part of our Summer Repertory Theatre Intensive program.

The play begins on a lazy summer day, when young Alice follows the White Rabbit down its hole and comes upon a curious world with food and drinks that make her grow or shrink most inconveniently. She encounters a disappearing Cheshire Cat who warns her that no one around her is sane, followed by a puzzling series of adventures at the Mad Hatter’s tea party, a game of hedgehog croquet with the King and Queen of Hearts, a philosophical conversation with a Mock Turtle, and a trial where Alice finds herself accused and must draw on her new skills to save herself from danger.