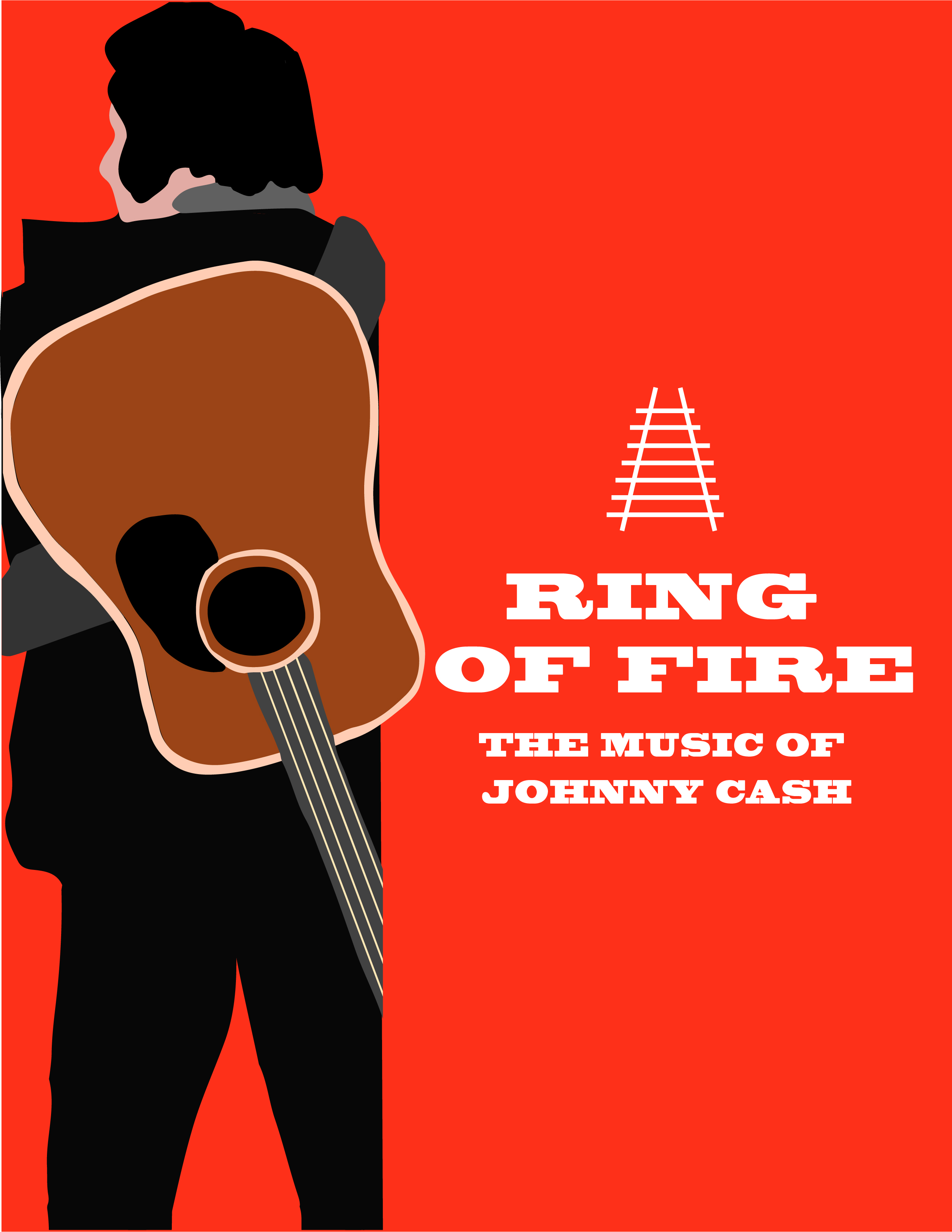 A musical adventure woven together by the legendary songbook of Johnny Cash; not just a reflection of his life but also an examination of the universal human story.

The legendary songbook of Johnny Cash comes to life in this vivid journey through his life and times. An ensemble of 8 introduces a singing, dancing nod to the Man in black including, “I Walk The Line”, “A Boy Named Sue”, “Folsom Prison Blues” and of course, the tune that inspired the title of this musical portrait, “Ring of Fire.”  The familiar tunes serve as anchor for a deeper narrative on love, generational living, struggles, and redemption.

* New to the Civic Stage

WoodTV8: The Music of Johnny Cash at GRCT

GR|MAG: So many shows, so little time

Fox 17: Ring of Fire: The Music of Johnny Cash Performing at GRCT

GR|MAG: Actors Step Into the Ring of Fire

GR|MAG: Step Into the Ring of Fire