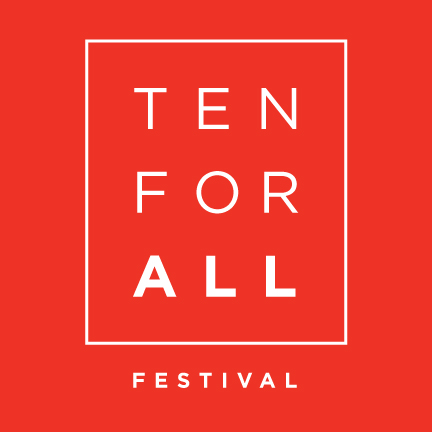 The Ten for All 10-minute playwriting festival is a celebration of everything that makes our creative community so spectacular. We are handing over our stage to West Michigan’s playwrights and allowing our community members to decide their favorite home-grown works.

From many submissions, 12 semifinalists will have their plays featured in Zoom readings. Celebrity panelists from around our community will then score the plays. From those 12, the top-scoring play in each of four categories will move on to the finals and be publicly performed on stage at Grand Rapids Civic Theatre.

Audience members will decide which play is their favorite by voting. Only one play will receive the coveted honor of Audience Choice.

Playwrights are invited to submit their original 10-minute work in one of four categories:
Comedy
Drama
Youth (for playwrights under 18 years of age)
Wildcard (for pieces that do not fit other categories (musical, sci-fi, etc.)

Every playwright must adhere to the same guidelines and production considerations (The Basket). Submission guidelines are available below (How to Submit).

Three semifinalists will be chosen in each category by a panel of local theatre enthusiasts following a points rubric (see below). Semifinalists will receive a cash prize of $50 each and a 30-minute meeting with a local director (assigned by Civic Theatre) to prepare for the Semifinal Zoom Readings. A cast of local actors will read the semifinalists in each category under a local director’s guidance. They will be scored by a panel of local celebrity judges. The Zoom readings will be released to the public via social media the week of March 15th.

After all semifinalists have been read and scored, Civic will announce one top finalist in each category. Finalists will receive an additional cash prize of $100 and will be produced on Civic Theatre’s Meijer Majestic Stage in a series of public, ticketed performances from April 9-11. The production will utilize the same director and actors used for the Zoom reading, and the playwright will once again have 30 minutes to meet with the director before the start of rehearsals.

1. Only one entry per category per playwright.
2. All plays must be previously unpublished and unproduced.
3. Plays cannot exceed a 10-minute running time.
4. Plays cannot exceed five actors. More than five characters are fine, but the play must be able to be performed by no more than 5 actors. Characters may be any gender identity/race/ethnicity.
5. Plays must be able to be produced with actors in cloth face masks and socially distanced (at least 6 feet apart at all times).
6. Play should carefully consider “The Basket” below as they write. Creative use of The Basket elements and constraints will be awarded more points (per the judging rubric below).

Just like a cooking contest, playwrights have a “basket” of ingredients to consider as they craft their plays. All production categories (scenery, props, costumes, lights, sound) have a potential list of items/possibilities. As judges consider each play, they will look to ensure that the play can be produced using the items/designs in The Basket. Click the links below for more information on Basket items for each category.

Plays will be judged using a uniform scoring rubric during each round. The rubric is available below.

Playwrights should send their submissions via email as a .pdf or .doc/docx attachment* to
COMMUNITY@GRCT.ORG with the subject line: Ten For All Submission.

Please indicate the following in the body of the email:

Your first and last name
Your phone number
Your primary address**
The title of your play*
The category you are submitting for (comedy, drama, wildcard, or under 18)

*PLEASE do not put your name anywhere on the script itself! We are using a blind adjudication process so judges will not know who has written which plays.

** Three bonus points will be awarded to local playwrights (defined as a 2-hour drive from Civic Theatre).