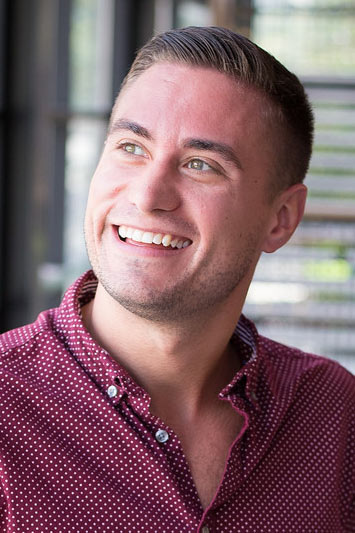 Originally from the woodlands of Maine, Jacob is an award-winning Theatre
Director and two-time Josephine NY Theatre Award Nominee. He currently serves
as the Founding Artistic Director of The National Broadway Theatre in Grand
Rapids, MI. (www.NationalBroadwayTheatre.org). Jacob’s career has spanned
from Broadway, Off-Broadway, Regional Theatre, Opera, and TV/Film. Some past
credits include: The Great Look (Manhattan Repertory Theatre), Natasha, Pierre &
The Great Comet of 1812 (Broadway), Chicago (Broadway), Bullets Over
Broadway (Broadway), On The Town (Broadway), Hello Again (Off-Broadway),
and Dishwasher Dreams (Off-Broadway). Jacob has trained with Act One Dance
Company, The University of The Arts, The Society of American Fight Directors,
and is a proud graduate of the Temple University School of Drama, where he
earned degrees in Theatrical Directing and Business. www.Jacob-Dunham.com

What inspires you?
People watching! I love to go to a park or restaurant and observe how people interact. It inspires me to think about myself, my own reactions or how I might replicate this on stage.

Who is your favorite fictional character?
Reno Sweeney

What was your favorite after school snack growing up?
Peanut Butter On Toast!