WANT TO KNOW MORE ABOUT THE WORLD YOU’RE STEPPING INTO?

Here’s your Need to Know regarding the French Revolution:

France, as mentioned, was in some Major Financial Crisis. 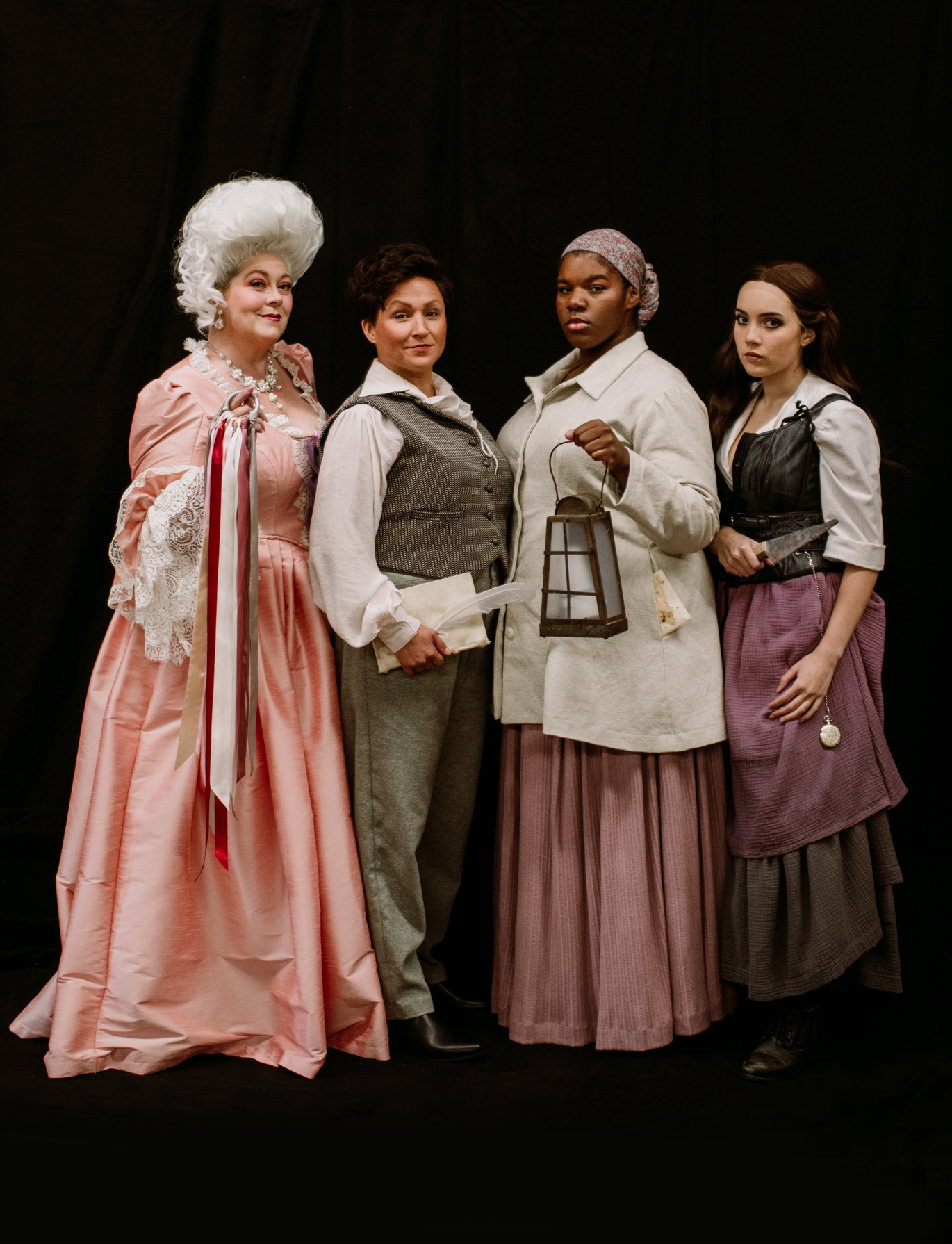 Creation of the National Assembly

The Estates Generals were made of up Three “Estates” divided into clergy, nobility, and commoners. Since the Third Estate (Commoners) could always be outvoted by other two, they went rogue and decided to form the National Assembly, joined by members from the other Estates as well.

Louis said Oh, no and closed down the building they were meeting in. So what did they do? They went to a Tennis Court nearby and swore an oath that they would not disband until they’d created a new Constitution. Support  poured in from other areas of France and King Louis decided to back off briefly.

Fall of the Bastille

After rumors circulated about Louis wanting to shut down the National Assembly with Swiss Guards, the Assembly met without stop all day on July 12th in efforts to finalize the Constitution. Protests against Louis flooded the streets and even French Royal guards joined them.

On the 14th of July, a mob of the protestors and guards attacked the Bastille, a royal fortress with large stores of arms and ammunition. Its governor, Bernard-René de Launay, surrendered after several hours of fighting that cost the lives of 83 attackers. Although rumoured to hold many prisoners, the Bastille held only seven: four forgers, two noblemen held for “immoral behaviour”, and a murder suspect. Nevertheless, as a potent symbol of the Ancien Régime, its destruction was viewed as a triumph and Bastille Day is still celebrated every year.

Need a little clarification? We’ve got you.

Estates General: Was a legislative structure comprised of Three Estates – the First Estate (Clergy), the Second Estate (Nobility), and the Third Estate (Commoners). It was in existence prior to the Revolution and was summoned and dismissed by the Monarchy. They first met in 1302, and when King Louis XVI summoned them in May 1789, they had not met in over a hundred years.

Jacobins: A name given to the the more violent of the revolutionaries, who ultimately were in control during the Reign of Terror

National Assembly: A revolutionary parliamentary group that formed out of the to kickstart the French Revolution.

Place de la Revolution: A public square where many executions were performed during the Reign of Terror.

Plutarch’s Parallel Lives: A series of biographies of famous men that was intended to encourage respect between Greeks and Romans and model a high standard of behavior.

Reign of Terror: A period of time during the French Revolution when over 1,000 people were persecuted for being enemies of the revolution.

The Republic: The first French Republic was ruled by members of the Third Estate (the common people) between 1792 and 1804.

Thomas Paine’s Declaration: Written by Scottish immigrant, Thomas Paine, The Declaration of the Rights of Man (1791) proposes that revolution is permissible when a government does not value the rights of the people. 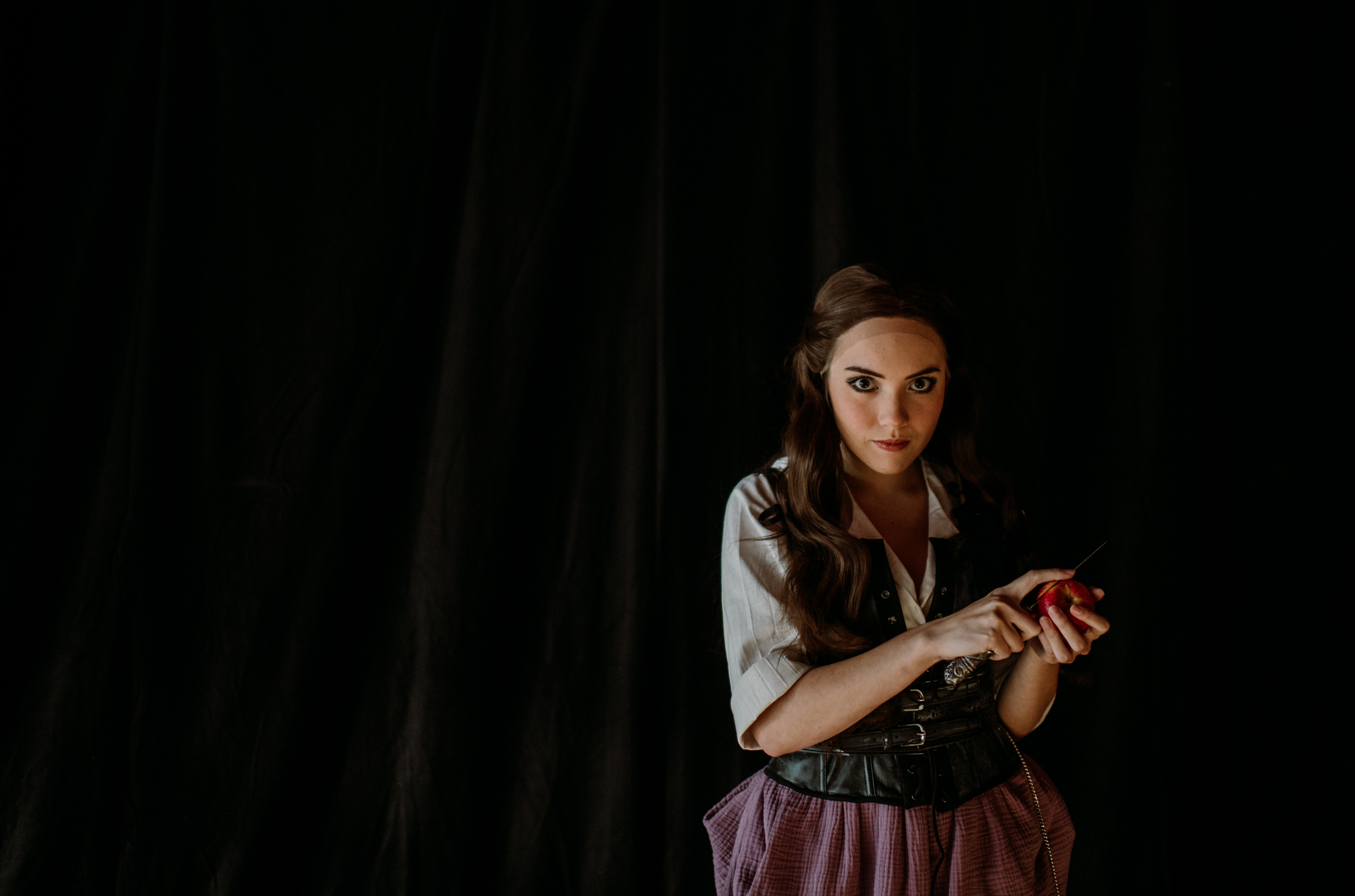 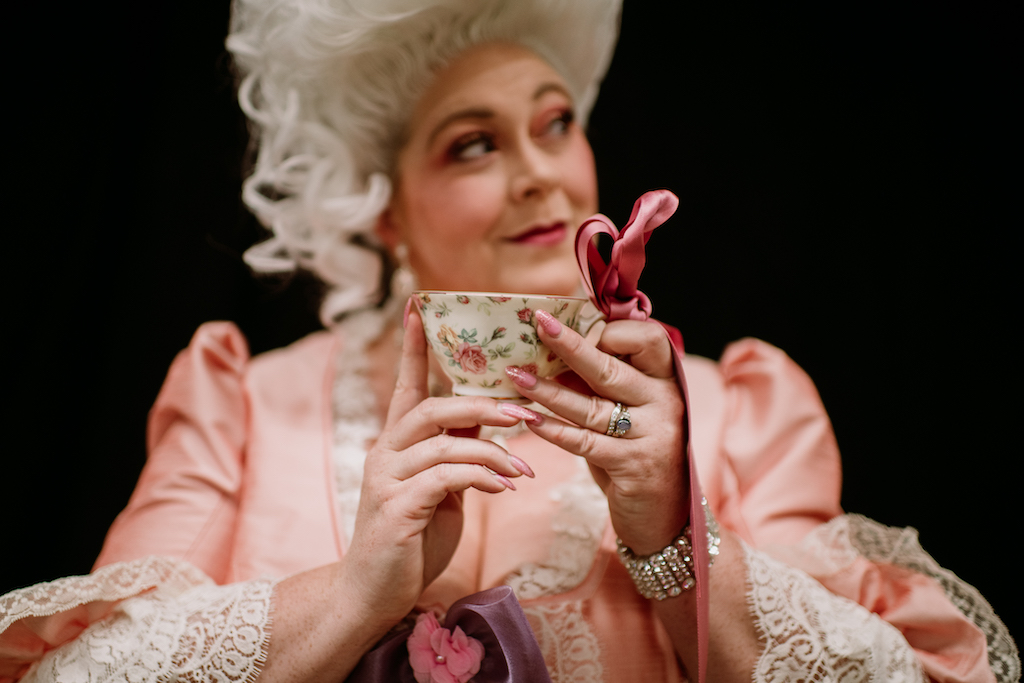 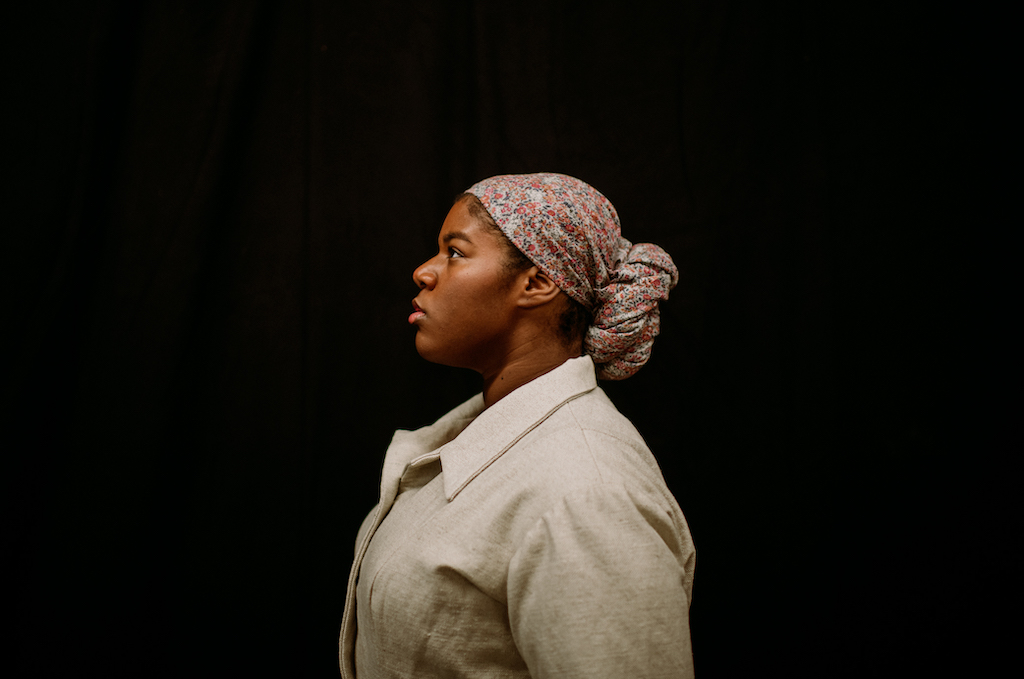 Olympe (1748-1793) was a playwright and activist active during the French Revolution. Using political pamphlets, her plays, and more, she advocated for women’s rights, the rights of illegitimate children, for the end of slavery, and most of all an end to the violence during the Reign of Terror. After publishing a pamphlet in which she advocated for French to select their own new form of government, she was arrested for sedition and her unfinished play including Marie Antoinette was seized as evidence of her support for the monarchy. She was executed in 1793 by guillotine.

Charlotte (1763 – 1793) was born to a minor aristocratic family and was sent to a convent for care after her mother’s death. There she had access to the writings of Plutarch, Rousseau and Voltaire, and she became politically educated. As executions ran rampant during the Revolution, she considered Jean-Paul Marat, a Jacobin leader, the symbol of all that was going wrong with the Revolution. In 1793, she gained access to his home in Paris and stabbed him in the bathtub, becoming immortalized as the Angel of Assasination. She was immediately arrested and executed in 1793 by guillotine.

Marie (1755 – 1793) was the last Queen of France. She and the royal family were put under house arrest in 1789 during the beginnings of the Revolution, and despite some attempted escapes she never regained her freedom. At the end of 1792 the monarchy was abolished and her husband, King Louis the XVI, was executed by guillotine at the start of 1793. She was accused of many crimes including depleting the French treasury, treason, and worse. Marie Antoinette was found guilty and executed in 1793 by guillotine.

Marianne is a fictitious amalgamation of the Black women fighting in the Saint Domingue (currently Haiti) Revolution at the same time as the French Revolution. She is named after la Marianne, a symbol of the French Revolution and Freedom. Women had a vital part of the Saint Domingue revolution, acting as soldiers, spies, and more to fight for the very Égalité that those in France demanded. Some historical figures that could have inspired her include Sanité Bélair, Henriette Saint Marc, and Romaine-la-Prophétesse. 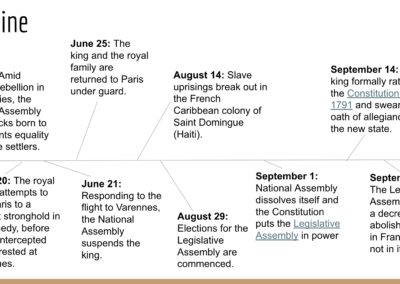 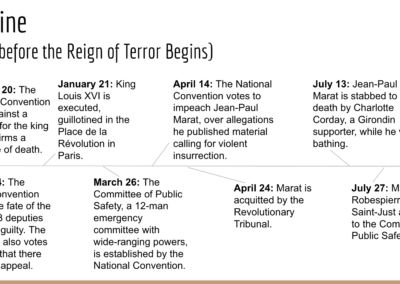 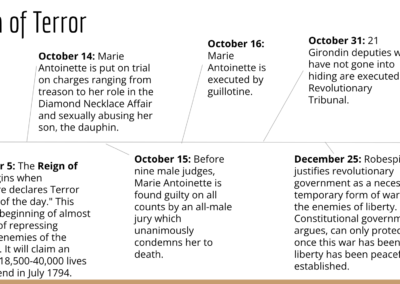 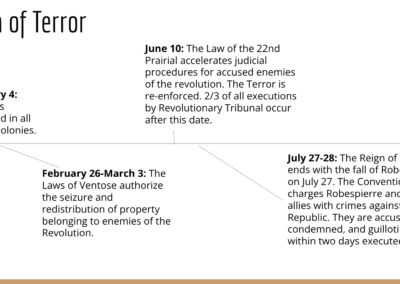