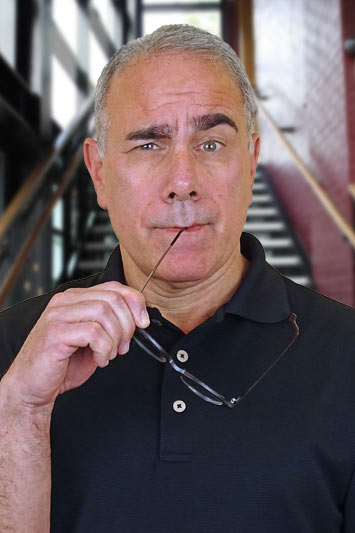 Mark has worked on the stage and in the classroom since in Minneapolis, Chicago, and Grand Rapids. For Face to Face Productions, Mark wrote and directed a dozen curriculum-based children’s musicals that toured the Chicago and Grand Rapids areas for over thirty years. Mark has also conducted workshops in creative dramatics, acting, and improvisation for all ages, as well as theatre classes at GRCC, GVSU, and Hope College. As an actor, Mark has appeared in a wide variety of roles at Actors’ Theatre as well as various theatres in Chicago, including Victory Gardens and CitiLit. He’s been fortunate enough to have several of his ten-minute plays performed for Actors’ Living on the Edge series, and has directed plays and musicals at GRCC, Hope Summer Repertory Theatre, and Holland Civic Theatre.

What inspires you?
Great acting and writing.

Who is your favorite fictional character?
Right now? Bernadette Fox.

What was your favorite after school snack growing up?
TastyKakes (if you’re from the Philly area, you’ll know what they are!)