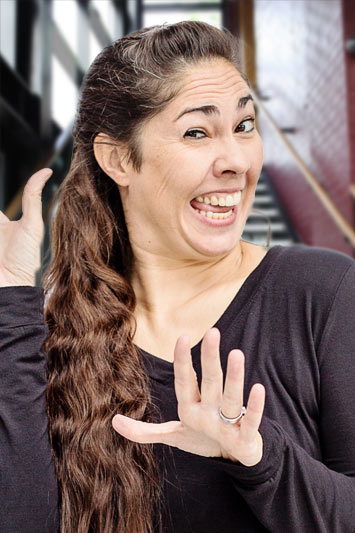 Judith has been teaching for 24 years. She was born in Germany and moved to the United States in 2008 after she got married in 2007 to an American. She has many talents. She is a ballet teacher and dance instructor, although she also works in costumes and props, and as a rehearsal assistant and stage manager. In her spare time, she is a fitness instructor and enjoys teaching young and old.

I love teaching at Civic. It shows students where they could be and connects them with other students who have done a performance. The support from colleagues and teamwork with the other teachers is great to work with and be around.

Professional credits and education include:

Competitions: jazz, lyrical, and aerobics (regional, national, state titles)
2006 competed in German version of “So You Think You Can Dance”, where she worked with Marvin A. Smith, and was judged by Kelechi Onyele and Paul Kribbe

What inspires you?
Students, their face after achieving something they never thought of doing and their parents’ proud faces after a performance

Who is your favorite fictional character?
Doctor Who, who travels through time

What was your favorite after school snack growing up?
Eßpapier (flavored paper you can eat), saure Apfelringe (sour apple rings gummies)