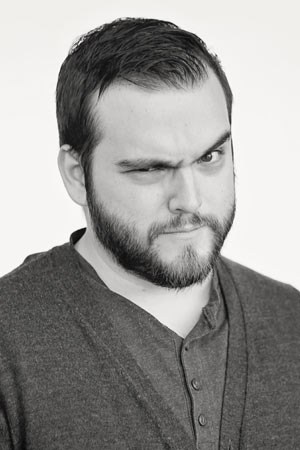 John is an actor, director, fight choreographer, and educator originally from Scranton, Pennsylvania. John obtained his MFA in Acting from Regent University in 2015 and has been doing professional and educational theatre since 2007. John is also a certified actor combatant with the Society of American Fight Directors. In 2016, his family relocated to Grand Rapids where he has worked locally with Pigeon Creek Shakespeare Company, Shadblow Theatre, Master Arts Theatre, and Calvin College. This is his second year teaching at Grand Rapids Civic Theatre.

What inspires you?
My family, reading and music

Who is your favorite fictional character?
Dalinar Kholin from The Stormlight Archive by Brandon Sanderson

What was your favorite after school snack growing up?
Candy Orange Slices