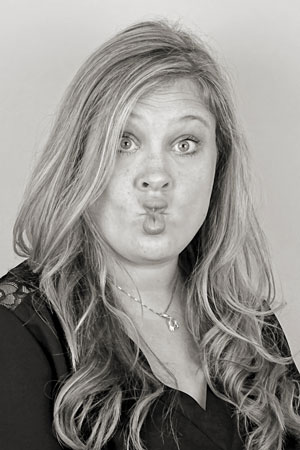 Whitney was onstage at Civic for the first time back in 1997, when she was just nine years old. Since then, her Civic adventures have been varied and each one so much fun, but none of them compare to playing Myrtle Wilson in The Great Gatsby back in 2015, when she acted opposite the man who would later become her husband. In addition to her career as a voice over artist and audiobook narrator, she is a Spanish and Drama teacher at Forest Hills Eastern Middle School. She attended Western Michigan University for her bachelors and masters degrees in education, and sang in WMU’s Gold Company while she was there. Teaching at Civic combines her two loves, education and theatre.  She will always love the place where she grew up on stage and eventually met the love of her life!

What inspires you?
My husband, my parents and grandparents, and my students

Who is your favorite fictional character?
Annie

What was your favorite after school snack growing up?
Ritz crackers with peanut butter and raisins