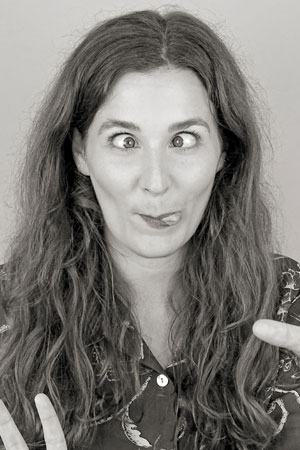 Rachel earned her degrees in Theatre and French from Aquinas College. Her background is in theatre for social change, devised work, and community-centered story telling. She has spent the last several years working on the east coast as an actor, director, dramaturg, instructor, and writer for various Baltimore and DC theatres and schools. Her passion for teaching and directing is guided by her study in movement and voice work for the actor. Her training includes Viewpoints with SITI Company and voice work with The Linklater Center in New York, devised performance with Baltimore Center Stage and the Bronx DreamYard, and Fitzmaurice voice training with Brianne Taylor.

She is thrilled to be returning to Grand Rapids to work for Civic Theatre and the greater Grand Rapids theatre community. This community has always been a second home. Previously, she’s acted, assistant directed, taught, interned and worked as an administrator in various Grand Rapids theatres including: Grand Rapids Civic Theatre, Circle Theatre, Actors’ Theatre, and Theatre 616.  You may have seen her as Mollie Ralston in The Mousetrap (Civic), April in Company (Circle), Jackie-O in The House of Yes  (Theatre 616), or Bombalurina in Cats (Circle).  Other favorite roles include Masha in Three Sisters, Girl Type in Neighborhood 3, and Ellen/Mrs. Saunders/Lin in Cloud 9.

Rachel’s favorite questions to ask when approaching any new work are “Whose story is this? Why is it important? Whom do we tell it to?” Watching her students, actors, or cast mates explore theatre in this simple but powerful way inspires her endlessly. The sense of empathy, growth, and humanity that theatre artists develop and share with the world, keeps her coming back to the theater every day.

Who is your favorite fictional character?
Sirius Black.

What was your favorite after school snack growing up?
String cheese, and orange push pops.