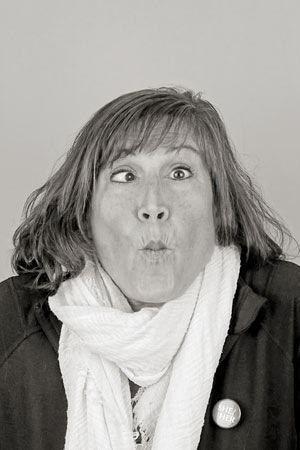 Michelle (Shelly) was honored to serve as a guest director for Grand Rapids Civic Theatre, directing Calendar Girls with an amazing cast, crew, and production team in the fall of 2017. Most recent directing credits include Torch Song Trilogy, Act III: Widows & Children First(Jewish Theatre) and The Flick(Actors’ Theatre). She was last seen on stage with Actors’ Theatre in August: Osage County. Shelly is the Co-Owner of One World Diversity (creators of equity and inclusion initiatives) alongside her friends Sammy A. Publes and Todd Lewis. A proud alumna of Grand Rapids Community College (AA in business/marketing) and Aquinas College (BA in Theatre), Shelly serves as the theater manager for GRCC’s Spectrum Theater.

Shelly has taught Auditioning for the Adult Actor for Civic Theatre and loves the “a-ha” moments that happen through the in-class collaborations. “Civic Theatre is such a magical place, and I’m truly honored to be included in one little twinkle of the many, many stars that shine there in all of the students!”