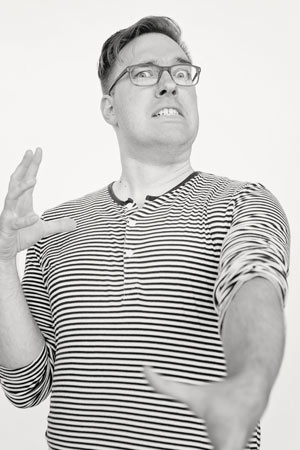 Michael has been a member of the Grand Rapids theater community since 2005. He has both performed on stage and worked back stage for every major theater company in town, as well as written several original works for the stage. In 2004, Michael graduated from the Grand Valley State University writing program, where he studied and grew to appreciate plays and playwriting. When Michael is not volunteering for various community theaters in the Grand Rapids area, he can be found performing as a professional actor for The Murder Mystery Company, the nation’s leading interactive dinner theater company. The best thing about teaching at Civic is seeing the young students grow so much is such a short period of time through the magic of theater education.

What inspires you?
Trusting in a child’s ability to learn, grow, and adapt at such a young age and so quickly inspires me to be a better person and to lead by example whenever possible.

Who is your favorite fictional character?
The Doctor from “Doctor Who.” He/she is so compassionate and intelligent, relying on both instead of using brute force to get through all sorts of sci-fi jams.

What was your favorite after school snack growing up?
As horrible as it is to admit, it was Doritos. I could go through an entire bag while watching TV after school… :/