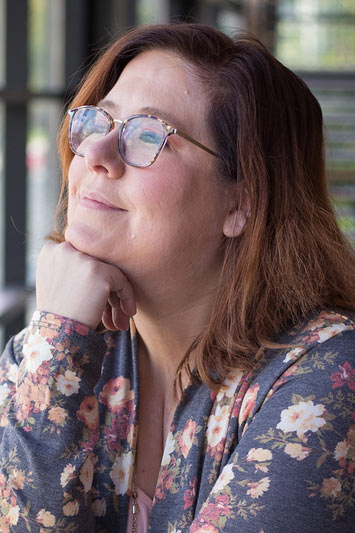 Kylie C. Piette is no stranger to Civic’s stage – either side of it – though it’s been awhile since she’s spent time in the Meijer Majestic Theater. In the past, she has stage managed and/or assistant directed dozens of Civic productions. Kylie’s also directed Civic’s 2017 AACT Fest Entry of Spelling Bee, TIP$ The Musical for Heritage Theatre Group; Closer and Hair: The Concert Experience for Theater616; entries in Actors Theatre’s Living on the Edge series; Civic’s Traveling Troupe production of The Stinky Cheese Man…; and others. Kylie has additionally performed in several area productions and has contributed sound, lighting, and effects designs to several productions as well. Kylie works for Ferris State University as the Director of Equal Opportunity and produces and moderates a modestly sized podcast about TV called “Couch Potatoes Unite!”

What inspires you?
Humanity’s stories, music, the art of creation, and the coming together of community for a common purpose.

Who is your favorite fictional character?
Peregrin “Pippin” Took from the Lord of the Rings.

What was your favorite after school snack growing up?
Chips and Salsa.