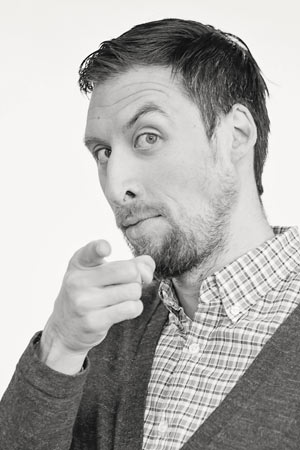 Kyle is an actor, director, and professor of Theatre at Aquinas College and Grand Valley State University, where he teaches acting, voice and diction, improv, and audition technique, as well as serving as a dialect and fight coach for several of the productions there. He received his MFA from the California Institute of the Arts in 2010 and spent three years after working with an independent production company and the Hollywood Fringe Festival. He is an active member of the Grand Rapids theatre community, recently appearing in The Curious incident of the Dog in the Nighttime, Hit the Wall, Marilyn’s Kennedy, BoardwalkBlues, Bus Stop, Stones in his Pockets, and tempOdyssey. He’s appeared in a number of Shakespeare productions, both here and in California, including Macbeth, Romeo and Juliet, Hamlet, Winter’s Tale, Coriolanus, and Henry V. His directing credits include Baby with the Bathwater, I Hate Hamlet,and The Storm, all at Aquinas College, as well as The Tale of Robin Hood, which he directed for Grand Rapids Civic’s summer camp, and Julius Caesar, which he directed at Blue Lake. He’s happy to be teaching at Civic Theater and to be able to work with all the talented students here!

What inspires you?
Good stories told in interesting ways. Also, helping someone see something in a way they’ve never seen it before.

Who is your favorite fictional character?
Harry Dresden

What was your favorite after school snack growing up?
Apples with caramel dip