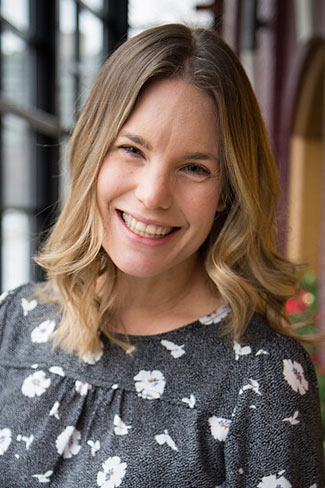 Kristin has been involved as an actor and director in and around the Grand Rapids area since 2012. Directing credits at Grand Rapids Civic Theatre include Matilda, Jr, Alice’s Adventures in Wonderland, Ten For All, The Audition, Annie-Kids, Willy Wonka-Kids, and assistant director for Shakespeare in Love and Mary Poppins.  Kristin has also directed many shows at East Rockford Middle School, where she teaches sixth grade.  As an actor, Kristin has performed with several area theatres including Grand Rapids Civic Theatre, Circle Theatre, Jewish Theatre Grand Rapids, and Shadblow Theatre. Most recently, she was unexpectedly onstage in GRCT’s Shakespeare in Love (January 2022) as a swing for the Nurse!  She holds a BA in Theatre Performance from Hope College and a M.A. in Literacy Studies from GVSU.  Kristin loves teaching at Civic because it is a joy to work alongside so many talented people with a heart for young artists. It’s amazing to watch students grow, create, and take the stage!

What inspires you?
Traveling to new and exciting places, cooking and eating delicious food, conversations around the dinner table, intriguing books, performing in or watching a powerful story onstage.

Who is your favorite fictional character?
So many, this is a hard question!!  I guess if I have to pick…I’d choose Sherlock Holmes or Hermione Granger.

What was your favorite after school snack growing up?
My mom’s homemade chocolate cookies with peanut butter chips.