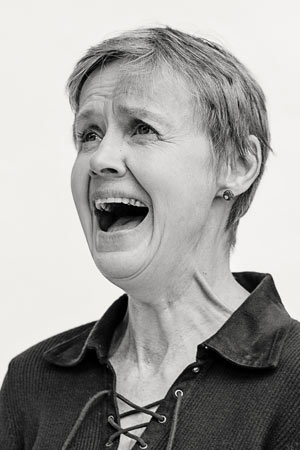 Jean has been involved with the arts in West Michigan for over 35 years, primarily as an actor, director and teacher.  Jean has appeared in over 50 productions, working with Hope Summer Repertory Theatre, Grand Rapids Civic Theatre, Circle Theatre and most prominently Actors’ Theatre.  She has conducted numerous workshops in acting and writing; done free-lance talent work in radio, TV, film and audio books.  Additional activities include directing, playwriting and coaching.  She has served as assistant professor at Hope College in the theatre department for the past twenty years, and is a recent recipient of the Norma Brink Lifetime Achievement Award.