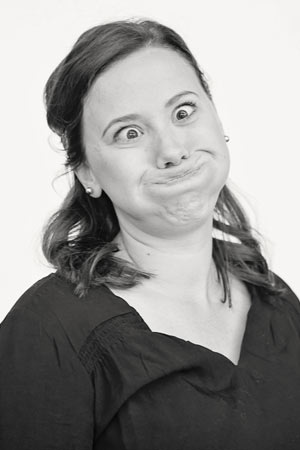 From acting in her first play, A Doll’s House, to playing Wendy in her high school’s production of Peter Pan, Demy has always had a passion for performing. She graduated the University of Kansas with a Theatre degree and earned her Master’s degree in performance from Columbia College Chicago. While in Chicago she also completed the improv and sketch writing programs at iO and Second City. Since moving to Grand Rapids, she has been lucky enough to teach theater classes at various locations such as Grand Rapids Community College, Artists Creating Together and now Civic Theater! Her local theater credits include Cherie (Bus Stop), Dutch Wife (Sleepy Hollow: A Musical Tale) and Tragedian (Rosencrantz and Guildenstern are Dead).  She most recently accepted a role on The Comedy Project Revue cast.

Demy loves working with kids of all ages at Civic and watching stories come to life as they perform!

What inspires you?
I am inspired by books, plays, stories, comedy and art!

Who is your favorite fictional character?
Leslie Knope

What was your favorite after school snack growing up?
Cereal! My favorite was peanut butter crunch!