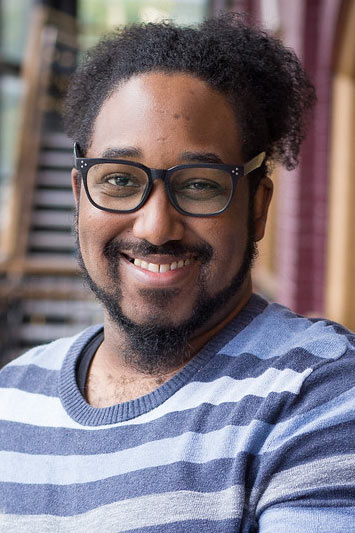 Colquitt has had the esteemed honor of sharing spaces & performing with some amazingly talented celebrities & personalities including Oprah Winfrey, the late Maya Angelou, Keith David, Jackie Taylor, Ed Asner, Felicia P. Fields, Taraji P. Henson, Lucie Arnaz Luckinbill, Byshere Y. Gray (of Empire fame), Dr. Phil McGraw, Bob Love of The Chicago Bulls, and Country Music Icons, The Judds. These experiences have allowed him the opportunity of serving on the board of several Midwest Arts organizations, while continuing to build & maintain his personal artistic entity (Darius Colquitt & Company) through which he curates live art for countless clients & tours his own original solo works. Colquitt has also served as the lead vocalist for the Chicago-based band, “Wilson Wilson”, Artistic Director of PANORAMA Arts, the Acting Educational Director for Ebony Road Players, is the C.E.O. & Producing Artistic Director for #BAMTalent and co-hosts “#BAMCast: the #BlkARTMatters Podcast”.

What inspires you?
Watching my friends, family & students flourish… Looking back on the trials I’ve endured to be where I am today… Thinking of my friends who have pushed me to do what, they now, cannot… It only makes me want to do more & work diligently to be an example for someone else.

Who is your favorite fictional character?
This is hard to round down because I have WAAAY TOO MANY so, right now, it’s a tie between Black Panther, Miles Morales & Storm. As Issa Rae put it: “I’m rooting for everybody Black”.

What was your favorite after school snack growing up?
OMG. So, everyday, when I got home from school, I’d make a Living Room Picnic & there were these Microwavable Personal Pan Pizzas (Not Pizza Bagels) that I would make for my mom & I when she got off work. It was like “heaven in two & a half rooms”.