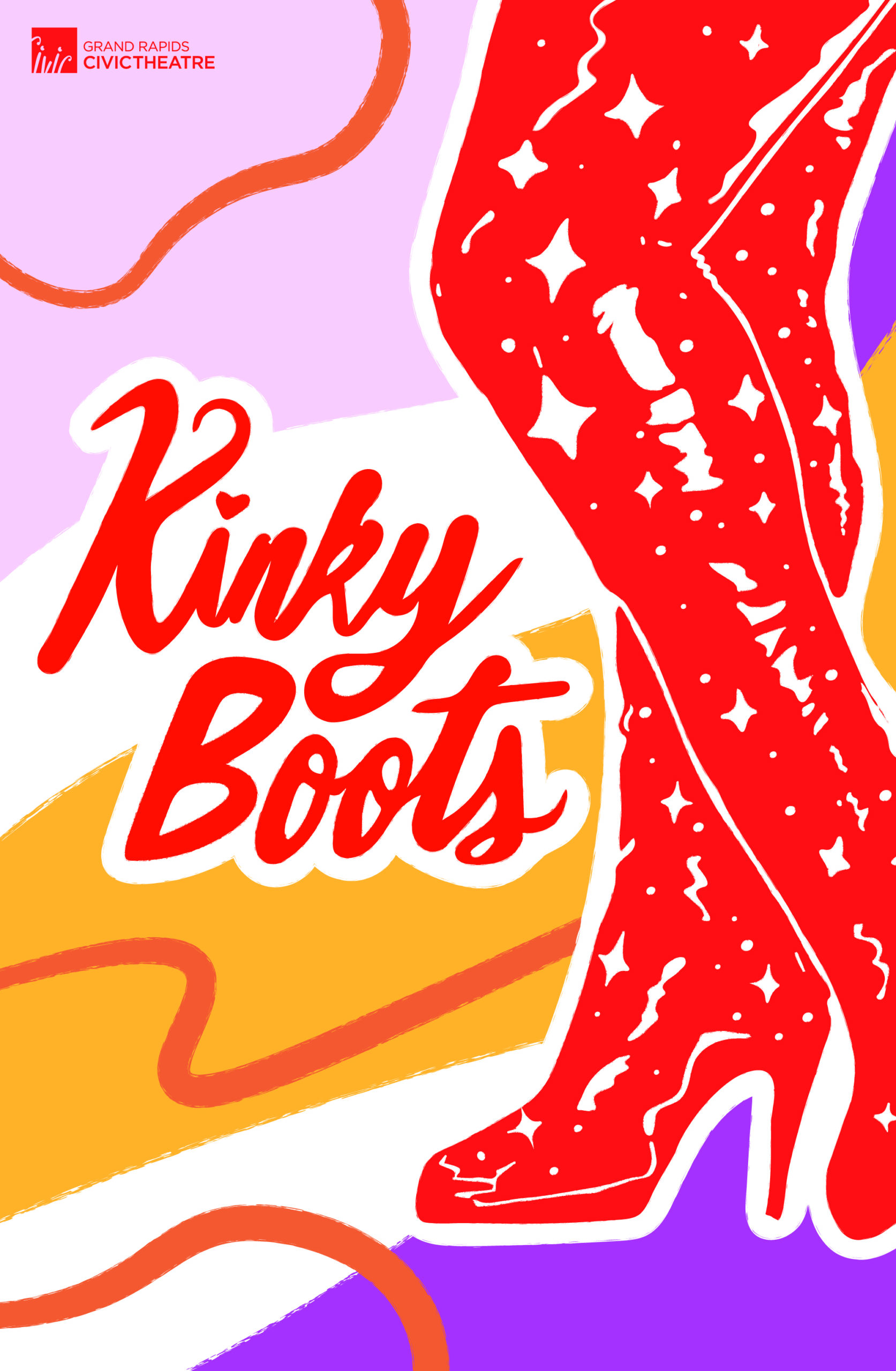 Music and Lyrics by Cyndi Lauper
Book by Harvey Fierstein
Based on the Miramax motion picture of the same name, written by Geoff Deane and Tim Firth

Charlie, a straight-laced business owner, and Lola, an ambitious drag performer, overcome their differences and discover that if you change your mind, you can change the world.

Charlie Price reluctantly inherits his family’s failing shoe factory. Uninspired by the work but desperate to succeed, Charlie forms an unlikely partnership with cabaret performer and drag queen Lola. Together, they produce a line of custom high-heeled boots to save the business. In the process, Charlie and Lola discover that they have more in common than they ever dreamed possible.Inspired by true events, Kinky Boots, winner of six 2013 Tony Awards (including Best Musical) features a joyous score by Cyndi Lauper and a hilarious, inspiring book by Broadway legend Harvey Fierstein.