For its 96th season, Civic Theatre will feature:
Once, Black Bold and Beautiful: Onward Together, The Sound of Music,
Shakespeare in Love, Dragons Love Tacos, Civic Theatre’s Ten For All playwriting festival, and Kinky Boots. 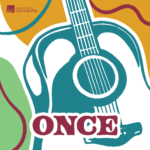 Book by Enda Walsh. Music and lyrics by Glen Hansard and Marketa Irglova. Based on the motion picture written and directed by John Carney. 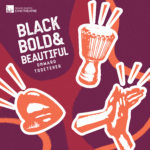 This unique concert event features Black artists from all over West Michigan in a celebration of African and Black music, dance, and spoken word in America.

Grand Rapids Civic Theatre is thrilled to present the premiere of this special event. More information on the concert, its themes, and its program will be available in the weeks ahead.

A timeless story, iconic music, and memorable characters come together in this Civic Theatre holiday tradition for the whole family.

Salzburg, Austria. 1938. Nazi Germany prepares to begin the Second World War. While she takes time to decide whether she wishes to become a nun, Maria takes a job as governess to a large family. She falls in love with the children, and eventually their widowed father, Captain von Trapp. After the Anschluss, von Trapp is ordered to accept a commission in the German navy, but he and Maria execute a plan to flee Austria with the children. A legendary musical score and a family that will sing their way into your heart make for an experience you and your family will not want to miss. 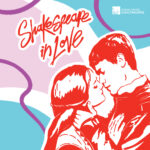 Adapted for the stage by Lee Hall. Based on the Screenplay by Marc Norman and Tom Stoppard.

Young William Shakespeare finds his muse and pens the world’s most famous romantic story in this uproarious comedy based on the Academy Award-winning film.

Young Will Shakespeare has writer’s block. The deadline (and the creditors) for his new play are closing in, and he’s in desperate need of inspiration. Will finds his muse in Viola, a young woman who will stop at nothing to appear in his next play. Despite Will’s ruthless adversaries and a dysfunctional theatrical company, he and Viola’s love blossoms and inspires his greatest masterpiece.

Rated PG-13 for language, alcohol use, and sexual situations. NOTE: No performance on February 11th.

Written by Ernie Nolan. Based on the Book by Adam Rubin and illustrated by Daniel Salmieri. Published by Penguin Group.

What happens when you invite a flock of dragons to a taco party with spicy jalapeno salsa? Find out in this imaginative theatrical adventure based on the popular children’s book.

The mind-blowing, earth-shattering, tantalizing secrets of dragons revealed! What could go wrong when you give a dragon spicy salsa? EVERYTHING. The #1 New York Times bestselling phenomenon comes to life in an enchanting way as the taco party of all taco parties literally brings down the house. This deliciously funny story will have you laughing out loud and wishing you read the fine print more closely: “Now Made with Spicy Jalapeno Peppers.” This hilarious, dance-filled journey into the field of Dragonology is equal parts ridiculous and delicious and has all the ingredients for a fantastic time!

Civic Theatre is pleased to announce its second annual Ten For All ten-minute playwriting festival. Civic Theatre offers something for everyone in this celebration of West Michigan playwrights.

Back for its second year, the Ten For All festival will once again present original 10-minute plays written by West Michigan playwrights. In 2021, the inaugural festival received over 50 submissions for plays in four different categories. These plays were anonymously read and scored, then adjudicated by local theatre experts and media and business leaders. The top plays in each category were performed live on stage at the Meijer Majestic Theatre, and audience members voted to give one playwright the coveted “Audience Choice” award. The festival will be bigger and better in 2022, and we’re excited to see what wonderful scripts our local talent can create for us to enjoy.

Book by Harvey Fierstein. Music and lyrics by Cyndi Lauper.
Based on the Miramax motion picture of the same name, written by Geoff Deane and Tim Firth.

Charlie, a straight-laced business owner, and Lola, an ambitious drag performer overcome their differences and discover that if you change your mind, you can change the world.

Charlie Price reluctantly inherits his family’s failing shoe factory. Uninspired by the work but desperate to succeed, Charlie forms an unlikely partnership with cabaret performer and drag queen Lola. Together, they produce a line of custom high-heeled boots to save the business. In the process, Charlie and Lola discover that they have more in common than they ever dreamed possible. Inspired by true events, Kinky Boots, winner of six 2013 Tony Awards (including Best Musical) features a joyous score by Cyndi Lauper and a hilarious, inspiring book by Broadway legend Harvey Fierstein.

Patrons who have existing vouchers and credit certificates from canceled performances will have the opportunity to redeem them during upcoming shows. More information is available here: www.grct.org/redeem.